Why Do Bees Swarm? 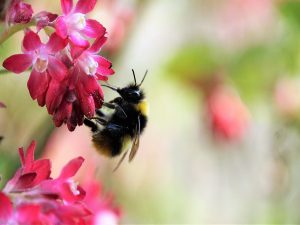 The sight of swarming bees can certainly unnerve some people. However, it is a very natural and wonderful part of the life cycle of honey bees (Apis mellifera).  If you are looking for advice on removal, give us a call, however you might like to know – so read on.

Picture this: the honey bee colony has survived a cool winter. There are fewer bees in the colony than there were during the summer – the honey bee queen, and perhaps 10,000 to 20,000 workers, all huddled together in a ‘winter cluster’ to keep warm. There are no drones – any remaining drones got the elbow at the end of summer, in order to conserve food resources!

As the weather warms up, the colony expands. More workers are produced. The honey bee colony is a super-organism: a closely co-operating unit of thousands of individuals, which maintains its efficiency through being extremely well organised. There may be 50,000 workers busily foraging, regulating the temperature in the hive, guarding the colony or tending to the brood, as well as feeding each other, cleaning, creating wax, comb and honey.  Meanwhile, the queen is busy laying, producing more workers, and finally drones.

Throughout all this activity, something else very important is happening: communication through ‘pheromones’.

Bee pheromones are produced by workers, drones and the queen. The pheromone is passed on through ‘food sharing’ – the members of the colony feed each other, thereby transmitting the pheromone. So, in the act of feeding, the bees are also communicating with each other. This is known as ‘trophallaxis’.

The queen honey bee produces the ‘queen pheromone’. This pheromone attracts the workers to her, and encourages them to build the comb, forage, and tend the brood. The whole colony knows it must have a queen for its continued survival, so the honey bee queen plays a very important role, as do drones, which mate with queens to ensure future generations.

But now back to the colony.

There is only one honey bee queen, and there are now thousands and thousands of workers. There comes a point when the crowd is so great, that not all of the workers have access to the queen. They are no longer receiving her pheromone signals, and so for them, she is non-existent!

Soon, we shall have swarming bees!  Why?

There is no space in the colony for more than one queen. Before the new queen emerges, the old queen takes off with part of the colony to establish a new nest, but before leaving their original colony, all of the bees will fill themselves up on nectar. Once the swarm has left its old nest or hive, this is when we might see a whirling mass of swarming bees in the air, or a bee swarm settled on the branch of a tree (or possibly somewhere not so convenient!).

Why do they rest or fly around in a clump?

The reason a bee swarm looks like a clump of bees, is because all of the workers are gathered around the queen, hence forming a clump. However, the queen is not the strongest of flyers, and so inevitably will need to rest at some point – perhaps on a branch, post or fence. Meanwhile, ‘Scout bees’ will be sent out to look for a suitable new place for the colony to live.

They are focused on finding a new nest, not on attacking humans. That said, it is important to keep your distance from swarming bees, because if the bees feel threatened, then it is possible they will sting. A swarm may stay around for a few days, depending on how quickly the scout bees find a suitable new home. This could happen very quickly, even within a day.

However, if you come across a bee swarm that is too inconvenient to tolerate, then call us but do not attempt to move or destroy the swarm. Such attempts could seriously back fire.

“I just wanted to say a Big Thank you to Daniel and all his efforts in the Peninsula and the South Bay locations. We are seeing an uptake for sure. He knows all the managers by name and is establishing an on-the- ground relationship with them and it’s paying off. Kudos!  Keep it up Daniel!”

Our President and a loved employee! 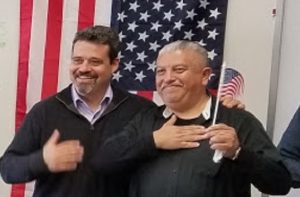 WE MAKE IT HAPPEN

The Genesis Facility Services team is at your disposal. We do everything we can to make your site clean and inviting for your patrons and employees!

Our teams go above and beyond for our clients. With decades of experience in janitorial, facility services and pest control, we can handle any challenge.